We recommend Bitcoin Lightning Wallets such as Eclair Mobile Wallet and BlueWallet, both apps are available free of charge from the Google Playstore. 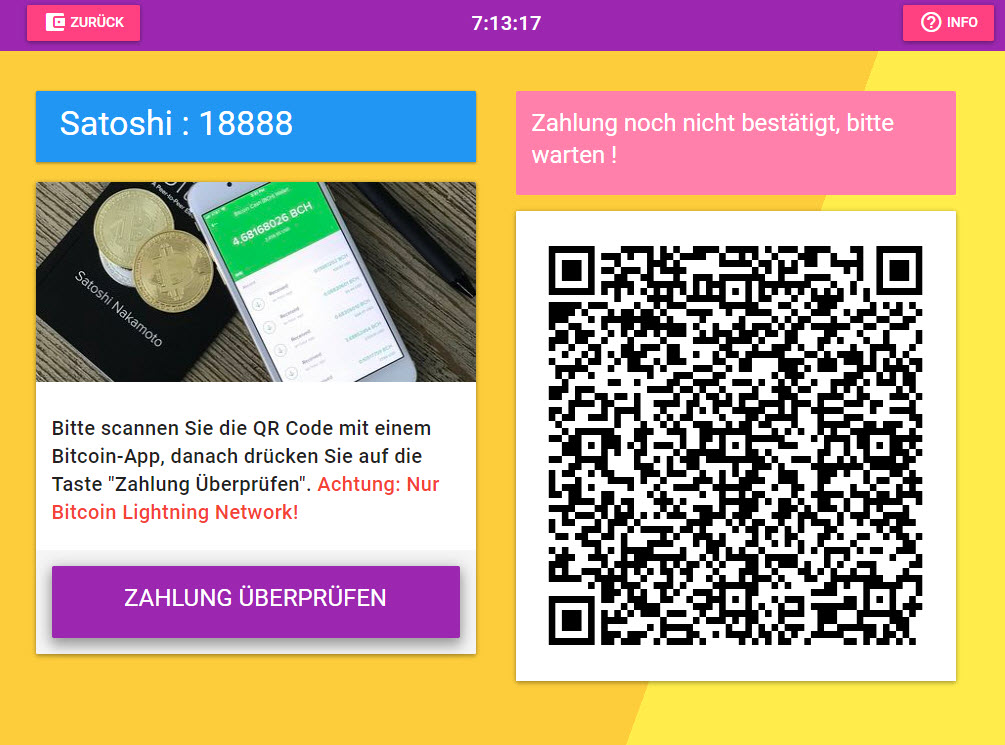 To demonstrate the ease and speed of the lightning network, our self-service POS terminal is the first device to receive this exciting software upgrade, the integration of Bitcoin Lightning Network in the online shop and the flow blockchain (V2) is in progress and expected to be released by the end of February 2020.